There’s a light in my window that I never really noticed before.
It comes through the curtains at night.
A warm combination of the streetlamp, and the moon

a light that I never really paid much attention to
until she came over one   and was enraptured by it
and it’s haunting beauty.

And we’d lay there together, in the stillness of the night,
in a moment so pure, perfect, and true,
as it radiated over us.

We’d lay there together, in a dream-filled moment
so beautiful, so brimming with love and hope
I could never truly describe it in words.

But now she’s gone.
A glow from a star
light years away.

and when I do
that glow from the window is there to haunt me again.
I can’t un-notice it now.

And I have to lie with my back to it.
Trying to ignore it,
while praying for anything that would turn out the light.

Mark Martyre is a Canadian writer and musician. His has produced 5 full-length studio albums since 2012, and is currently working on his sixth. In 2018, Mark wrote and performed music for theatre, and his music has garnered critical acclaim and attention both nationally and internationally, earning him “Best Songwriter” and “Album of the Year” nominations. Mark has published a collection of his lyrics, and has had several poems published in online journals and literary magazines. For more information visit www.markmartyre.com 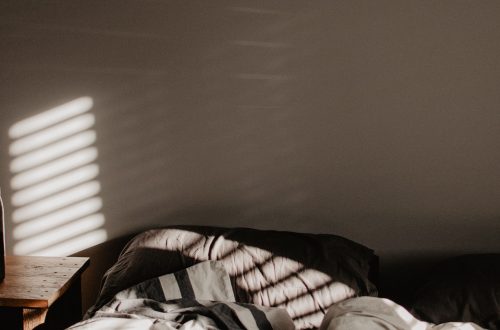