“Goodness,” Rachel said watching his fingers work the dirt. She stared at the wriggling digits as they pawed, clawed, pushed and prodded through the rich topsoil of the family cemetery. “It’s been years since I’ve seen you this energetic. Thank you, Grandpa.”

She touched the headstone with her fingertips. “Hard to believe it’s been twenty years. I was six years old on that hot August day when Daddy passed. I was exploring the woods around your farm, playing in the creek and discovering the wonders of crawdads and tadpoles when Grandma called. I knew something was wrong. She sounded…scared.”

Leaning forward she brushed away algae from her daddy’s headstone. “Strange, how now I can only recall snippets of the conversation with Grandma. An ‘accident,’ I remember her calling it. ‘Serious—chainsaw—your father.’”

She sat back on her legs and looked over at him. “What I do remember vividly is the burial. There was the preacher, you and grandma, and the gravedigger. The pine casket rested in the open grave and at the conclusion of the service, you, looking handsome in your new Sears suit,” she smiled at him, “picked up a clump of dirt, crumbled it and let it fall onto the casket.

“That night a terrible thunderstorm rolled through and I’m not sure if it was the fury of the storm or the thought of Daddy, cold in the ground, trying to dig his way out that kept me awake.” She shrugged. “I slipped into your room, curled up on the floor at the foot of the bed and fell asleep. When I woke, I was in the bed, wrapped in the bedsheet Grandma used as a summer blanket. Sunlight filled the room and I could hear Grandma downstairs.

“I learned later that you had found me on the floor and put me into your bed. For the next two years it was the only place I felt comfortable enough to sleep. Then Grandma died.”

She thought she heard a muffled cry and looked toward him, the fingers now still. “I know it’s painful,” she whispered, “but we have to do this. It’s best for both of us.”

Rachel adjusted her sitting position, pulling her legs from under her and stretching them out over the grass. “Grandma was buried next to Daddy on an inappropriately beautiful summer day. We stayed at the gravesite until it was filled, and before leaving, you planted daisies on either side of the headstone, grooming the dirt with your hands.” She looked and smiled as his fingers again started working the dirt.

“From that day forward, it was just the two of us. Mom, I know—a forbidden subject, had disappeared when I was a baby, so it was you who raised me through the transformation from little girl to young woman. Thank you, Grandpa.”

His muffled response caught her attention and she noticed his fingers stopped. “Tired? I don’t imagine they let you work in those well-manicured gardens at the home. Pity. I remember how much you enjoyed working with your hands.”

They sat in silence, Rachel lighting a cigarette and enjoying the warmth of the late spring sun. “I should have come for you sooner,” she admitted. “That group home was no place for you.” He was still and she wondered what he might be thinking.

Looking at the headstones she was struck by how faded her memories were of her father and grandmother and by the fact that she knew absolutely nothing about her Aunt Ellen, who died at age twelve and whom no one ever spoke.

Taking another draw on her cigarette she extinguished it against the headstone and dropped it in her pocket. “It’s nice up here, I see why you picked this spot.” Kneeling, she reached out, gently touching his fingers. They wriggled at her touch and she smiled.

“It must have been tough for you after Grandma died,” she acknowledged, “trying to raise me by yourself while dealing with the loss of your wife and son, so recently departed.” She shook her head. “The county wanted to take me away, but they underestimated you. They didn’t know the strength of your determination, didn’t understand you had a plan.”

She sat back, pulling her legs to her chest, struggling to keep her emotions under control. “You made me who I am; taught me so much and you probably don’t even realize it. Thank you, Grandpa.”

Spying a four-leaf clover, she plucked it, twirling it between her forefinger and thumb. “My lucky day,” she said, “finding you after ten years. Oh, don’t worry,” she said noticing his fingers stiffen, “you’ll never go back there. Not after all the trouble I went through to spring you.”

“Institutions are for the helpless and the insane,” she said a smile frozen on her face, “and you’re not helpless and I’m not insane.” She stood and stared down at him. “But you know that. You knew it when you were molesting me, but that didn’t stop you from telling people I was. All part of your plan,” Rachel said pacing now. “And it worked beautifully. They would have put me away had I not runaway,” she laughed.

“‘She’s troubled,’ people said, ‘and the abuse self-inflicted.’ Who would ever suspect you, the kindly grandfather? Ah, you played the part so well.” She shook her head smiling. “I applaud you,” she said clapping her hands together. “Brilliant acting; another lesson you unknowingly taught me. Thank you, Grandpa.”

She toed the rigid fingers poking through the grave—still no movement. “Then it’s done.” She relit her cigarette, took a long drag, held it and finally exhaled. “What a day,” she said looking at the sky. “So much work but so worth it. When you first realized who I was—the look on your face—priceless!” She ground out the tip of the cigarette against his fingers. “Thank you, Grandpa.”

Operations Manager by day and daydreamer by nature, Tom Gumbert co-authored the anthology, “Nine Lives,” and is the winner of The Sunlight Press 2017 Spring fiction contest. Tom’s work has appeared or is forthcoming in Riggwelter Press, Five2One, The Ginger Collect, Fictive Dream and . When not reading or staring at the Ohio River, Tom works on his writing. 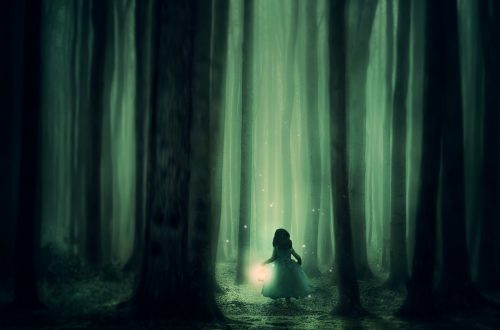 If you could see my memories by Juliette Sebock 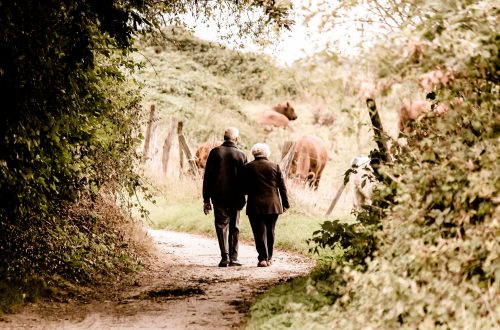