She remembered hardly anything from before. Certain colors hinted at larger things, but what exactly those things were, she didn’t know for sure. The boy tells her the world was a variation of purple before the Fathers disappeared. Like thistle or plum, she asks, but the boy is preoccupied with a wooden horse tangled in seaweed. He acts triumphant when it comes loose from its tangle, as if this, this will be their new god.

They worship the detritus of discarded treasure because the ache of not sublimating their internal mystery undoes them. Let the horse become eschaton, let it shoot for purple and miss and become dark cloud between them. She thinks, sometimes, the boy really doesn’t understand how to be with her. Nor she him. It’s as if their origin stories are completely incompatible. But there is no one else left in the world. All that came before is ash on wind. Is a word she can’t quite remember how to pronounce. The boy is no better with words, but he sometimes acts as if he is.

When she is sad the boy sits with her by the fire and tells her the story of colors. Purple contains the future, he says, everything one could ever dream, purple is a knapsack which carries the spirit, tucks in dark emotion. Purple threads psyche with premonition, purple can feel a storm gathering skin on the horizon, purple knows what is coming before it comes. It keeps us grounded.

You know too much about purple and not enough about right now, she says. He lowers his head. She’s right, the boy thinks; I don’t know what to do with right now. Now is a mountain neither of them has ever climbed. They distract themselves with color.

The boy talks of a place called Arlington. It was the limit of space, it was blue and he was born there.

His mother cooked scrap metal and insects, left it out in cracked white bowls on the porch. She was feeding the ghosts, like her mother taught her to. She called it alchemy but the boy thinks it was nervous energy, a ritual. One day, before all this, when the world was still purple, his father never came home. Two weeks later all the mothers in the world walked into the ocean.

The boy and girl found each other one night in a junkyard. The girl had been writing words on a wall with white paint when he first found her; fissured bark, petrification, cadence, water from the well, jouissance, mother, color, what are we? Going to do? How are we. Still here?

The boy wept. It was like a poem his mother used to recite by the living room window at night while thunder boomed for hours. What come of this, the way we move through it all? she would hum, incantation after incantation, until purple muffled the sound. Until rain swallowed the ground.

Although they were completely alone and would always be, the fact that there were two of them, and that they could remember a little bit of the story of the world before the great disappearance, made right now bearable. Even sweet. Sometimes, the boy became girl and the girl became boy, and sometimes they both became sea or wooden horse or kelp or lighthouse. It seemed they could be anything now. Anything but purple. And this was alright with them. Not entirely knowing who they were. But that they were here, right now, with each other. Not alone. Not entirely. Telling stories. Testing colors. Trying to remember what came before.

This was alright with them.

James Diaz is the author of This Someone I Call Stranger (Indolent Books, 2018). In 2016 he founded the online literary arts and music journal Anti-Heroin Chic to provide a platform for often unheard voices, including those struggling with addiction, mental illness and prison/confinement. He resides in upstate New York, in between balanced rocks and horse farms. He has never believed in anything as strongly as he does the power of poetry to help heal a shattered life. 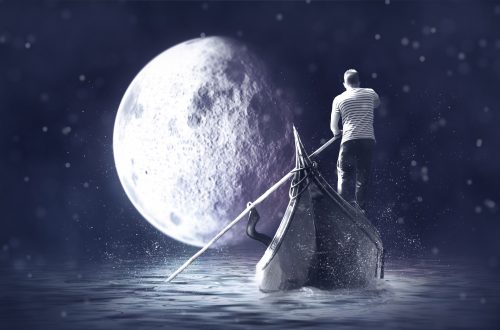 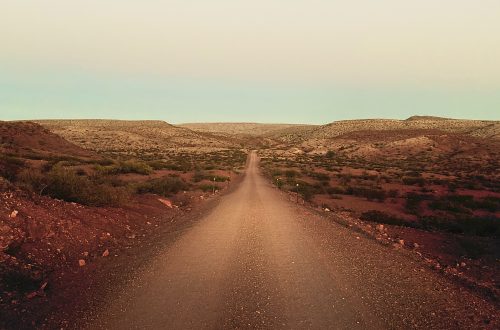