I was brought here as a clean prisoner, stone walls and a
corset stealing breaths from my lungs,
whalebone carving my waist, wilting my ribs.

The stranger husband with foreign skin a scarier topography
than the new land our manor was rooted in.

My arrival brought downcast eyes and the vigorous
scrubbing of her portrait every month.
A leaky husband and their pearl daughter, the child of a corpse.

He worships at the stone altar, hers of course,
polished rock climbing towards the grey skies.

He demands that I carry the flowers wrapped in a silk scarf
and that I must wear gloves to prevent my skin’s stain on the stems.
He loves her casket more than he could ever love me,

the tendrils of grief consuming his body
wrapping themselves around his sagging heart.

I wonder if it would bleed like a boar’s if it was cut or
if the black consuming ink of death would seep out,
black as the child’s hair, a raven’s wing,

or the clothes he makes me wear.

December Lace is a former professional wrestler and pinup model from Chicago. She is a Best of the Net nominee and has appeared in the Chicago Tribune, Pro Wrestling Illustrated, The Molotov Cocktail, Pussy Magic Lit, The Cabinet of Heed, Vamp Cat, Twist in Time, Coffin Bell, Dark Marrow and Rhythm & Bones YANYR Anthology, among others. She loves Batman, burlesque, cats, and horror movies. She can be found on Twitter @TheMissDecember or http://decemberlace.blogspot.com. 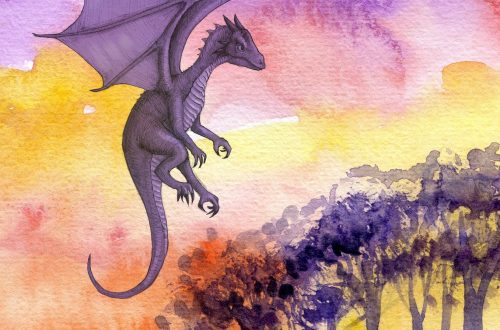