The time jumper returned to December, 2013, with a muffled thump of boots on carpet.

Her “jump room” was a modified walk-in closet with delusions of grandeur. It was perfectly square, just wide enough to turn around in, and all white inside (white carpet, white walls, white light); mirrors hung on each wall, facing each other to form an illusion of infinity. It looked like a magician’s box, some grand thing to be dragged onstage for the disappearing-woman act.

(That’s exactly what it was, she realized. She was a disappearing woman, and this was her box.)

It was all so precise. Kairos wanted to tilt one of the mirrors, set the room off-balance.

She flexed her and instead used the mirror closest to her to check the visible parts of her body for new scars. To her great relief, her face and hands were — except for a lot of dirt and ash — exactly as they had been.

Another modification: this closet locked from the outside. She banged on the door. “Keres? Keres! Let me out!”

The door was opened by a perfect Snow White of a woman: dark hair, glimmering blue eyes, red lipstick and deep blue pantsuit…though, her Disney Princess air was offset by the .380 semiautomatic in her stylish leather hip holster. “You’re late,” she said.

The man she knew only as Kratos was lounging with his feet on the coffee table and a pen tucked behind his ear. “Took you long enough,” he greeted her.

“Good morning to the both of you, too.”

(A glance at her watch told her it was not morning, but almost midnight. Close enough, she thought. Anyway, she couldn’t be blamed for the mistake: it had been morning when she jumped, though that was eight time zones away and four months in the future.)

The hotel room from which she conducted her expeditions had become familiar, though she had no idea what hotel it was in, where in the city it was located. The windows were covered by blackout curtains. She knew it was over twenty floors up — she’d counted the stairs, and goddamn there were a lot of stairs — but in New York that didn’t narrow it down much. Kratos and Keres themselves were just as enigmatic. She followed the city’s organized crime closely, but their faces were nowhere to be found — not in the newspapers, TV news, even the Internet, no matter how deep into the web she dug. How he’d found her, how he knew what she could do, was a mystery. Sometimes, when she was off her meds, Kairos drove herself to the brink wondering if he was even real, or human.

She retrieved a can of ginger ale from the refrigerator, before dropping into the comfortably worn wingback she’d come to think of as her chair. “How’s business?” she asked.

“That bad, huh?” She cracked open her drink and took a sharp, cold sip.

Kratos waited. Every time, he tried to wait her out, like maybe she would start talking, let slip some useful secret before she’d been paid.

She never did, and he always cracked eventually.

As he counted out bills, she shot Keres a carefully flirtatious smile; she (sitting on a stool at the breakfast bar, casually examining her handgun) didn’t return it. Kairos had tried to chat her up once, and received for her efforts a vicious, profane warning from Kratos to stay away from his daughter. Maybe it was meant as an insult to her: You’re a dirty bum and I won’t have you sullying her. Or maybe it was possessiveness: She’s still my little girl, .380 or no. Or maybe it meant No underboss of mine would deign to go out with the likes of you. You’re dust under her feet. Probably that was it, and given Keres’s own attitude toward her, it was likely true. Still, she was almost ready to try again.

Kratos handed her a stack of banknotes. “There,” he said gruffly. Half before she reported her findings, half after, that was their deal. “Now talk.”

She made a show of counting the cash. It was all there, as expected; he hadn’t ever short-changed her, not yet.

Satisfied, she cleared her throat. “You’ll have your window about two months from now. Yanukovych will be overthrown by then, with no outside help, but at the beginning of April separatists will start taking land in the east. You want to fund a revolution, Kratos, you do it then, or right before.”

He had a pen in his hand, a notepad on his desk, and he scribbled meaningless circles as she talked. That tic was new — used to be he twisted his hair around his fingers when numbers were flying through his head. “Would you say it’s worth the risk?”

“I think —” Keres began; he cut her off with a wave of his hand. She slumped back in her chair, grinding her jaw and glaring hard at her palms. Now there, Kairos thought, was a coup d’etat waiting to happen.

She shrugged, and answered: “You’re looking at a splinter group. Desperate men, and hardly loaded. If they decide they like what you’re selling, but not enough to pay what you’re asking?” She formed a gun from her thumb and fingers. “Bang.”

He stopped scribbling. “I meant the risk to the timeline.”

Kairos sighed. “ I can’t give you that, not this time. The farthest ahead I can jump is five years, right? Twenty eighteen. I’ve only gone that far once, but I did my research thoroughly while I was there, and was still a mess. Was? Will be. Whatever. I don’t know the outcome, so I can’t tell you the chances of changing it. I think it’s a crapshoot. I think there are millions of possible futures coming out of this. One arms dealer from the U.S….well, I don’t want to say you can’t fuck it up too badly. The difference between the okay future and the World War Three future could be anything. Anyone.”

Kratos rubbed his palms together and gnawed his lower lip; Kairos watched with interest. Sometimes, he chewed until he bled. She wondered if he would bleed this time.

He looked to his daughter, and she returned his gaze, conversing in their private silent language.“Why don’t you take her home,” Kratos finally “I’ll get….” He paused, names he wouldn’t say flashing in his eyes. “I’ll get a couple of lieutenants on the phone and we’ll talk this over.”

Kairos had to resist rolling her eyes at that word, lieutenants. Like his syndicate was an army in its own right, and not leeches getting rich off other people’s wars.

The time jumper got the rest of her fee, a meager total. It wouldn’t last long, what with rent and utilities looming at the end of the month. She would have to jump farther next time, blowback be damned.

Soon enough, she was going to demand a true cut of the profits, instead of these token payments. She wanted to be part of the syndicate. She couldn’t keep chipping away at herself — not to mention risking her ass in war zones — forever, with such little thanks; if Kratos wouldn’t let her get made, she’d walk. That was what she planned to say.

Next time, she told herself, next time. Keres was still stewing as she tied the blindfold on, and Kairos wondered if she could use this weak link to her advantage.

In the meantime, she’d take what she was given and return to her shitty apartment. She’d search the dark web for any information about this handsome man who called himself a god. She’d work her shift in a midscale bar downtown, where her customers knew her only as Rudy Evans and had no idea she was more than human. She would shower, checking her body for new creases and blisters hard-earned from the stress of moving through time; she’d gotten lucky this time, but it wouldn’t be long before the blowback started to take her face. Lying awake in bed, she would daydream about sweeping Keres off her feet, taking her away from her father’s life. (Or helping her kill Kratos and take power, and winning her heart in the process. Both fantasies were equally appealing.)

Maybe she’d knock askew the cross-stitch piece that hung above her bed, just for the satisfaction of setting something off-kilter. The thing was made for her by a hippie high school girlfriend; “Something to remember me by,” she’d said, right before she went off to art school and Rudy went into the Army and they never spoke again. WAR DOES NOT DETERMINE WHO IS RIGHT, the lettering read, ONLY WHO IS LEFT.

Kairos made her living from knowing who was left.

Who was left was good enough for her.

K. Noel Moore is the Georgia-based author of Undertown, a unique sort of haunted house story; she writes in many and has been published in Homology Lit, Luna Station Quarterly, and more. Time travel stories have been her favorite for as long as she can remember. You can find her on twitter @mysterioustales, or on at theoutlawwrites.tumblr.com. 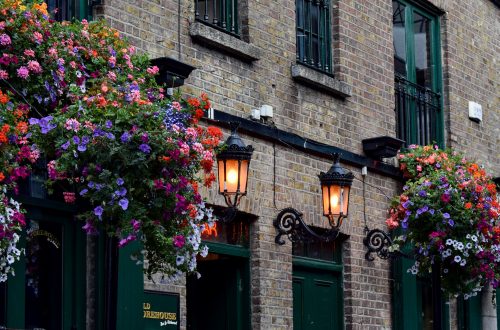 Tomorrow, A Physicist Sat On Your Sofa by Jonathan Payne 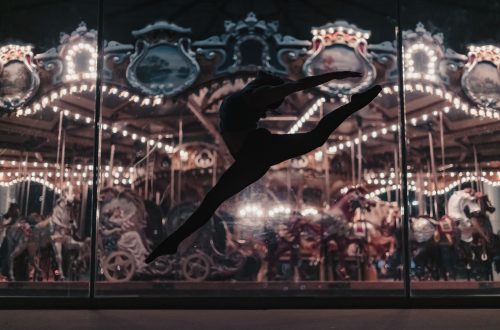