I know it’s him. I don’t know why, but I’m sure. His hair is combed back and he’s smoking a cigar, blowing out smoke rings. He has big, black eyes, as I’ve seen before in my mirror.

He’s young, around thirty maybe, wearing a long, dark coat, and he seems to know what he’s doing.

I don’t. I’m only a 10-year old living in an orphanage and waiting for a freak like Johnny the Madman to kick by butt. In front of him.

I don’t know what he’s doing or what I should do, but I know he’s here for me, I can tell.

But I have to fight now. Johnny the Madman is getting ready. Mr Morris explains the rules again, since Johnny is a bloody freaky fighter. He always starts blowing and striking like crazy, no matter what. It’s like he’s angry all the time, from the beginning to the end of the fight. He broke some chaps’ noses (including mine) and he smashed someone’s cheekbones once or twice, so Mr Morris looks into his eyes as he goes over the rules. Still, I’m not sure if I’ll end up with both of my nostrils still working today.

They didn’t tell me anything about him coming today, but I knew. Some days ago, Mr Morris told me to “fight well on Sunday.” This morning he made sure I washed my face and wore clean trousers. That’s when I knew that something was happening. I tried to ask him, but he didn’t answer. He handed me the blue trousers, which had just been washed for the first time in months, and scratched his moustache. “Just do your best,” he said without looking at me. Then he went out of the room.

I put on my trousers and took a deep breath. It was the Sunday boxing match, which was always a special occasion for us. I stuck a hand under my old, yellowy mattress and took my good luck token. I carefully wrapped it around my wrist. The worn out woollen scrap tickled my skin. It wasn’t a bad sensation. Just familiar. And I longed for anything familiar. Before leaving me, my dad told Mr Morris the scrap was all I needed to be identified, one day.

Mr Morris’s voice brings me back to the boxing ring. “Johnny, Stephen. Get ready to fight.”

He is still there. I feel his gaze on my nape, so I turn to look at my enemy. I wouldn’t say “enemy” about anybody else, but Johnny has such an evil look in his eyes. I have to end this fight without breaking any body part of mine. Mr Morris clears his voice, and I touch the woollen scrap tied around my wrist.

As I expected, Johnny towers over me and doesn’t wait before pouncing. He grabs my shirt with his left hand and raises his right fist. It happens in half a second and I’m already up to surrender, but Mr Morris stops him.

“Johnny, please, stick to the rules!”

I hear the other boys screaming and insulting Johnny. For once, they’re supporting me. Everyone is united by their hate for The Madman. Everyone hopes he’ll be defeated one day, but since he’s just pushed me on the ground and is about to give me his famous “nose-breaking kick”, I guess that day is not today.

“Johnny! Stick to the rules! I’ll kick you out!”

He looks at me like he wants to destroy me. I bet his family used to beat him before leaving him here. I don’t know, but maybe it’s true.

Lying down in the boxing ring, I glance at him. I catch a glimpse of his dark coat and the smoke rings coming from his cigar. I’m sure he’s watching me. I am sure he’ll make something out of this fight.

I’d like to say I won’t lose this match. Not today. Not now. But I know I will.

Mr Morris also knows. He didn’t tell me to win; he told me to fight well. He knew something was happening, that he was going to be here. But he also knew that it is impossible to fight well with Johnny the Madman.

Johnny is panting again. Mr Morris is shouting something at him, but I’m sure he’s not listening. If I get up, he’ll crush me. If I stay down, I’ll be called a craven until the end of my life. And he will see.

“Get up, lurid piece of shit!” Johnny shouts. I try to get up slowly, feeling my bones aching and my guts shaking. Johnny grabs my arm and pushes me on the ground again. He’s laughing. He’s insane, towering over me and waiting to finish me.

I can’t see anything. I try to open my eyes and catch a glimpse of the dark coat. He’s surrounded by a cloud of smoke that penetrates into the boxing ring and makes my eyes water. As I lie there, I feel a droplet of saliva land on my forehead, right from Johnny’s mouth.

He kicks my knee. It’s so bloody painful I could cry, but I try not to scream. This is not the right moment. Not now. Not in front of him. Please.

I’m desperately trying to avoid tears spilling out of my eyes when I see Mr Morris grab Johnny’s shoulder to take him away from the ring.

“You’ll never fight again! I promise! This was the last time!”

The other boys all look at me. I hear nurses approaching, but I try to get up by myself. I gaze up at Mr Morris and then at him.

But my father’s dark coat and smoke rings are nowhere to be seen. Before the Fall by Scott Elder 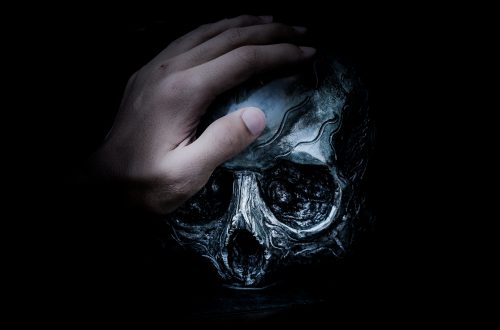