The young woman walked away from Jarvis, in the general direction of the editorial offices of Astonishing Stories magazine, which in this year of 1940 had already established itself as a leading publisher of what would become known as science fiction. The offices were in a fairly new building that had the plain, functional look of many Depression-era office buildings. Jarvis knew the magazine would stay in that location until the death of its editor, who would go on to rank alongside John W. Campbell and Horace Gold as one of the greats of his field.

Jarvis focused his attention on the woman. She was the reason he was here, after all. It was times like these that Jarvis sometimes regretted what he had to do, which was difficult to explain to those “outside the line.” If he was successful in his mission – and he usually was – then the world at large would never know about it. History would stay as it was, and the line would remain undamaged. Even so, it was an unpleasant, yet necessary, duty.

Jarvis checked his embedded readouts one last time. The timeline was still diverging, just as the simulations and the quantum observers had predicted, and none of the outcomes were positive. In a few generations, one of her descendants would be responsible for something that would, at best, return humanity to population levels only slightly higher than the early middle ages in many countries, with worse to come. Of course, the woman herself would have no way of knowing this, but that wasn’t the point – her line had to end here, now…one way or another. Jarvis selected the most optimal scenario, one that would attract the least amount of attention from the authorities, and began walking forward…

That was when it happened. The car came around the corner of an adjoining street – like many in this part of the city, it was curved, having replaced an ancient stream or Native American footpath. Jarvis stopped, frozen as much by natural surprise as he was by his observer’s instincts. The car’s tires squealed, and the woman was knocked forward – clearly injured, but not fatally. The driver, his face flushed with fear, scrambled out of the car and darted forward to help as a growing crowd surrounded them. Jarvis enhanced his hearing and switched to holographic vision to get a better picture of what was going on.

“Are you alright?” The driver bent down to help the woman up.

“I think so,” the woman stammered. “That was so stupid of me. I come to work this way all the time, and I never thought to look…”

As he helped her into his car, Jarvis saw something he hadn’t expected. It was another timeline, branching off from the originals as a new line, a new history that was being created. In this one, the woman had a different life, with different children. None of the earlier scenarios Jarvis had been preparing for happened. Well, he thought. It looks like I did my job after all…without having to.

He pondered the meaning of that, as a quantum field surrounded Jarvis to pull him back to his own time.

Matthew Spence was born in Cleveland, Ohio. His work has appeared in The Fifth Di and The Martian Wave.

At the Airport by Catherine Zickgraf 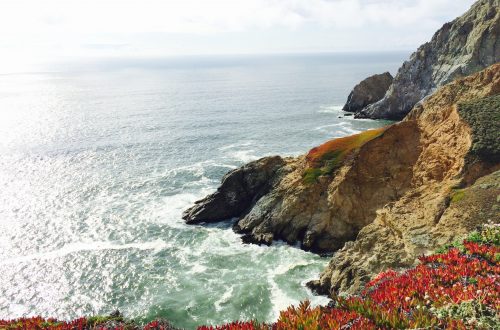 Unturn This Stone by Aviva Treger