, a physicist sat on your sofa. He sipped politely the tea you had made for and nodded sagely to acknowledge your many questions. These were, he said, quite normal for someone hearing his ideas for the first time. His own students raised similar queries. He had no doubt that you would get your mind around it, in time, given that you were clearly an intelligent person. Perhaps, if the opportunity arose, you would like to attend one of his classes, where such questions often turned into a stimulating debate. Sometimes, the debate was so lively that the class adjourned to the bar, where the conversations began again with renewed vigor. In the meantime, it was his pleasure to leave a copy of his new book, The Order Of Time; it would probably be best to read it in full before attending class. And, no, the students would most certainly not object to the presence of a journalist.

Later, as you sipped your own tea, the physicist expounded some of the key tenets of his thinking, while rotating his hands around one another expressively in front of his chest. It seemed to you almost as though he was creating a bundle of energy with his fists and fingers; a miniature galaxy of motion to provide a counter-weight to the invisible industry of his gray matter.

The smile of the physicist was both kindly and wise: here was a man who understood the mysteries of the universe so much better than anyone you could remember having met before. The graying of his hair could not hide the boyish delight on his face at the opportunity to teach a willing student about his favorite subject. Although distinctly tenor in pitch, his voice was nevertheless firm and quietly authoritative. The theoretical flourishes and metaphors that tripped easily from his tongue suggested that you were far from the first person to enjoy this particular lesson.

The jaunty sound of the doorbell caused you to leap up and straighten your cardigan in the long mirror, before opening the door. It was already evening, and there was no mistaking the rush of frigid air flowing into the relative warmth of the hallway. You held out your hand, a little nervously, to greet your distinguished guest, who introduced himself as Signor Rovelli. His wiry, weathered an unmistakably firm shake. With his other hand, he pressed a darkly-covered book against the lapel of his jacket.

Today, you are reading the book, and indeed you have almost finished it. You are finding that, although it is written with admirable clarity and even a touch of poetry, a good deal of concentration is nevertheless required to follow some of the professor’s arguments. There are many ideas here that you have never before considered, and in you are still unsure in some cases whether you have grasped fully what is being proposed. No doubt the book is understood more easily by those who have a background in theoretical physics, which you do not. Having said that, you have read Professor Hawking, and some commentaries on Einstein, which means that you are better equipped than many lay people to appreciate at least the thrust of this work, if not its finer points.

In the middle of the book, you are struggling to stay alert and so you rise often to make more tea. While waiting for the kettle to boil, you allow your face to be warmed by the mid-afternoon sunlight streaming into the kitchen at a steep angle over the garden wall. The ginger cat, a regular visitor, announces his arrival by marching proudly along the window ledge. The careful pouring of boiled water is accompanied by the welcome waft of honeysuckle through the open window. Returning to your reading chair, you position your feet comfortably on the stool before launching into the next chapter.

In the morning, you open your new book with considerable enthusiasm. You have, after all, been awaiting its publication for some time. Finally, now that the moment has arrived, you feel a distinct sense of excitement – like the thrill of a childhood Christmas morning – tempered by the inevitable pressure of a deadline. There is no doubt that, for your review to be drafted in good time, you will need to read the entire book in a single day.

, I will meet you at the bar. Not for the first time, we will down too many cocktails and talk into the wee hours. By the end of the evening, I will convince you that I have fully understood the various theories of your eminent friend, but nothing could be further from the truth. In fact, I will not even understand the distance from my barstool to the floor, and you will be forced to help me into a taxi.

Before my brain becomes too addled, during our second round of drinks, you will make a gallant effort to explain to me Professor Rovelli’s central points regarding time: that it does not in reality flow from past to present; that it does not really flow at all; that – in a sense – it does not exist outside the mysterious workings of the human mind. The unexpected fact appears to be that the conscientious scientist who sets out to locate the simple, linear passage of time in the natural world will find evidence of it nowhere beyond his own imagination.

On arrival at the bar, your excitement at having met one of your scientific heroes will be uncontained. You will recall the meeting with such enthusiasm and at such length that I will become thirsty and order drinks without interrupting to ask what you would like. We have, after all, known each other for many years, and I will be confident in the knowledge that you share my love for the Old Fashioned that it is made with bourbon and not with scotch. The waiter, when delivering the first drinks of a long evening, will give me the slightest of knowing smiles, from which I will infer his amusement at the verve of your story-telling.

In due course, a renowned Italian professor of theoretical physics will hunch over a computer in his cramped office on a French university campus, writing and rewriting his labor of love. This will be the book that he has wanted to write for a long time. He will send whole chapters through the ether to the printer that sits on the shelf under the analog wall clock; it ticks so loudly that spending time in the office is a form of torture, he often jokes. He will rip each chapter from the printer and pace to and fro along the corridor, much to the amusement of passing students. But he will not concern himself with the students or their reactions. He will read each chapter aloud, over and over, to ensure that his prose has rhythm; that it flows. Inevitably, in almost every case, he will fling the entire chapter into the recycling bin and return to his keyboard to smooth things out, before resuming the reading and pacing process once again.

Eventually, the physicist and a French colleague will sit together in a bar much like the one in which we often meet. Perhaps it will be the same bar. They will go there at the end of the working day, and so will be dressed in the type of sombre jacket that is the unspoken uniform of the serious male academic. Because the Frenchman, a mathematician, enjoys smoking a pipe, the pair will choose a small table outside, overlooking the elegant square that is also home to a florist and a watchmaker, as well as a small fountain. The two colleagues will watch with amusement as passing adults toss coins into the fountain, and passing children fish them out again. The physicist will hold forth passionately on his ideas about the nature of time and will, finally, confirm his plans to write a book on the subject. His colleague, deadpan, will joke that it’s about time his friend got around to writing the book that he has promised for so long. They will both laugh.

Jonathan Payne is a British writer based in Washington DC. His short fiction has appeared in Beyond Imagination, Down In The Dirt, and at the North London Story Festival. He studies Novel Writing at Middlesex University. Follow him at www.jonpayne.org and on Twitter @jon7payne. 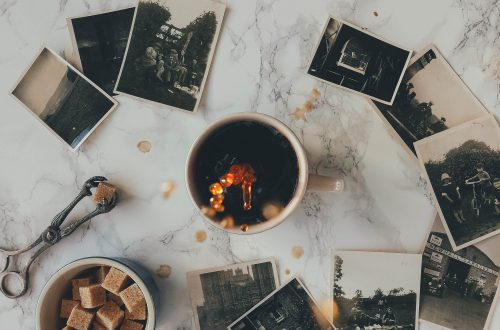 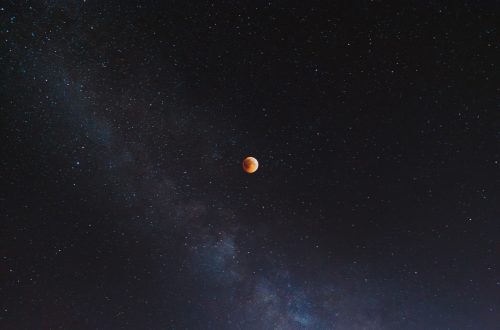