No one ever warns you about just how boring war can be.

Yeah, there’s that cliche we’ve all heard about war being “months of boredom punctuated by moments of terror.”

The terror, all anyone ever focuses on is the terror. The terror is the highlight, the talking point. Everyone cautions about the fog of war, the grave risks, and how war can scar you forever, leaving you a hollow shell of your former self or an addled amputee at Walter Reed Medical Center.

But as an enlistee who was deployed to Iraq, I can tell you that the daily reality of modern war is boredom. No one warns you about all the time you’ll spend chomping at the bit, raring to go for any action while you’re stranded on a forlorn outpost in a foreign nation. No one warns you about all the dead time, the hurry up and wait. No one tells you about the abyss of soul-deadening dullness while you’re stuck on the Foreword Operating Base or stalking the streets on patrol scouring the rooftops for any distant threats, never seeing anything.

The sleazy recruiters, the bellicose drill sergeants, and all the skeptics who said you should stay in college fail to warn you about the drudgery, how you have to dip instant coffee powder from your Meal, Ready to Eat just to “stay alert and stay alive.” They don’t tell you how you end up spending more time milling around burn barrels and playing Six Degrees of Kevin Bacon than you do engaging the enemy in combat.

At the FOB in Iraq, you might spend hours rooting through MRE rations for any combination that’s even edible, like chili mac and jalapeno cheese or playing Call of Duty for hours on PlayStation in your barracks trailer or browse endlessly around the PX waiting to go out on patrol.

“What the fresh hell?” Sgt. Hill said, throwing down his controller after getting killed. “I’ve seen more action on this console today than I have in three months here in the suck.”

“My dad didn’t sit around playing video games when he was in the jungles of Vietnam. He was there for action, there to get some. He was there to take out the Viet Cong. What the hell are we doing?”

“Yeah, we’re all here to fight, but be careful what you wish for, you know what I’m saying.”

“We’ve been training for years for this, out on the range, PT at zero dark thirty every morning, storming through doors at the village at JTRC. They even got us doing bayonet training, screaming ‘kill, kill kill!” What good are you as a soldier, as a man if they spend years and probably millions training you how to kill, how to be a weapon and all you kill is some pixels on a PlayStation screen?”

“I feel you but I got kids I’m trying to get home to,” Sgt. Martinez said. “You act like Pvt. Arnold didn’t get blown up and lose his ear. We already got our Combat Infantryman’s Badges. Now we just need to ride this thing out.”

“That was just a flesh wound.”

The dullness got even worse when our unit got assigned to guard duty, so we no longer even went outside the wire on patrol. We were dispatched to a repurposed school turned into a makeshift prison. We guarded detainees in chain-link cages. Most weren’t guilty of anything, except maybe holding a suspicious-looking object out in the public sphere, while trying to operate some beat-down Opel as a taxi. Most were merely “military-aged males” rounded up and later released to their families with a fistful of cash for their inconvenience.

Some grumbled about having to feed them so often and treat them so well when they or their countrymen were trying to kill us.

But most everyone in our platoon understood this was a better gig than snipers taking potshots at us from rooftops or Improvised Explosive Devices going off as we drove by. Pvt. Arnold was still missing part of his earlobe and was forever deformed.

“Goddamn it, get off my truck!” Sgt. Hill shouted while shoving a pair of detainees with burlap sacks over their heads and their hands zip-tied behind their backs off the back of a five-ton.

They fell at least six feet and landed hard. Everyone watched on in horror. Sgt. Hill jumped down after them, kneeing one in the back like a professional wrestler coming off the top rope.

His sadism got worse the longer we were on the detail. He kept detainees cuffed for days for no reason, deprived them food and water, and ignored them when they asked to use the bathroom.

We were all shocked by his cruelty but couldn’t do much of anything. He outranked us all. If there’s one inexorable truth in the military, you can’t go against the inviolate hierarchy of the rank system.

“Man, this is messed up,” Pvt. Adkins said. “He’s going to get us all court-martialed.”

“Who do we go to?” Spc. Lopez asked. “We can’t go outside the chain of command.”

It was worrisome whenever Sgt. Hill was in charge but otherwise a struggle just to stay awake the sadsack men in the dirty dishdashas milling around aimlessly for hours on end. After long enough, dipping chewing tobacco or Folgers powder, biting your cheek raw, does little to revive you out of your slumberous stupor. On such round-the-clock duties, you’re always half awake and half asleep.

We fed the detainees halal rations, which basically seemed like regular MREs but with chickpeas in everything. I was plucking through them one day until I came across a Cracker Jack-like treat, a waxy little piece of paper that seemingly promised time travel. It said I could disappear to a temporal destination of my choice if I recited the code aloud.

“Aren’t you forgetting Back to the Future II?” Spc. Lopez asked.

“Hell no,” Pvt. Adkins said. “The predictions about the prevalence of fax machines alone invalidate that movie, strip it of its place on the time-travel pantheon.”

“So it’s so wrong it’s just erased from the timeline?” I asked.

“It’s wrong because it’s a populist fantasia where you can get rich quick by betting on sporting events where you know the outcome in advance. Hey you, shut up!” Lopez shouted toward a prisoner. “It’s the lowest-common-denominator fantasy about time-travel as a way to ensure three-bedroom comfort.”

“What would you suggest instead?”

“Primer,” Lopez exclaimed excitedly, almost shouting. “Have you seen Primer? The DVD was at the hajji shop with all those weird bootlegs, you know the ones where you get Blade II, As Good as It Gets, and The English Patient all on the same disc.”

“What’s so special about Primer?”

“It’s a real low-budget indie film like Clerks that looks like it was shot on one of the filmmaker’s credit cards that realistically takes a look at how two engineers in a storage facility could travel back through time,” he said. “They spin off a number of alternate timelines while everything basically degrades around them the more they use the time machine. It’s more grounded and realistic. I think it won something at Sundance, but the cover was blurred.”

“That sounds like the Army,” I said. “All our past wars and victories were so glorious but every conflict we’ve been in recently gets more and more degraded.”

The conversation wound down, and we sat around the caged men in silence. I nodded off for awhile, then woke up.

It was me, standing right in front of me. It was the spitting image of me, a mirror reflection with no mirror in sight. No one else was around, save for the prisoners, who were disoriented and had a language barrier anyway.

Upon a moment’s reflection, it was suddenly apparent how I used the time travel code.

“Look, you’ve got to turn Sgt. Hill in because he’s committing war crimes in violation of the Geneva Convention. He’s going to get everyone in your platoon court-martialed if you don’t do anything. And frankly he’s just a dick. He’s a huge dick who deserves it. Huge in the metaphorical sense, not the literal.”

“Nah, I’m just messing with you. I was trying to go back in time so I’d never enlist in the first place, but I messed this up just like everything else.”

“But seriously, you’ve got to turn Sgt. Hill in.”

“Look sorry, I know it’s not easy,” he said with a profound weariness and patience. “You got to trust me on this.”

I had never previously given any thought as to whether I really trusted myself, but I did, I just inherently did. 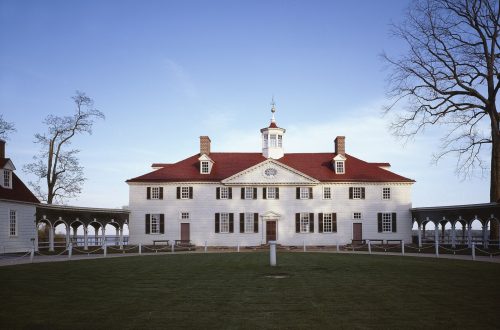 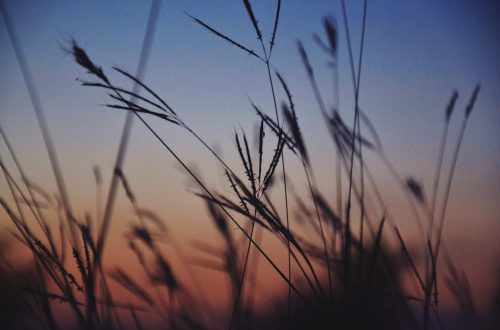 Bill Evans on Kind of Blue by Jack. B. Bedell