“Go on Ed, go see if he’s there.” My mother shooed me out onto the street many times to check on my dad.

By the time I was eight years old, I could find my way to Jake’s Place without even looking. Three steps to the sidewalk, turn and keep going until I came to the curb then another left. It was two doors down on that next street.

Now thirteen years older, I bet that if I close my eyes, I can still find my way back to our porch where Mother waited for my return.

I always came right back. Telling her each time that Dad said he wasn’t coming home. “Not now son!” He’d yell at me over his shoulder as though he had eyes in the back of his head. He had seen my reflection in the bar’s mirror. Me standing there in the doorway holding my breath to avoid the billows of smoke that rushed out through the door when I opened it. I didn’t have to say anything. He knew. And she would want me to go back with yet another message: “Go to hell and don’t ever come home.”

“Be a man. Stand up for yourself!” he scolded when I’d return with her message. “Don’t let her boss you around.”

Well, truth is, her being bossy happened plenty in our house and usually always the morning after she’d gone to the bar herself to get him.

Prettiest woman this side of the river, she could’ve had any man she wanted.  Her dark eyes, long thick black hair and full lips drew everyone’s attention whenever she went into the bar.

Smiling, she’d approach Dad, stand behind him, clear her throat and say his name. “Paul!” The room would grow quiet. She had a way of speaking – sharp and clear – that told others not to get in the way.  “Paul!” She’d say his name again.

It would take him a few moments to turn around and look at her. Most of the time he joked with his bar pals that he saw two of her, one wavier than the other; said he didn’t know which one was real.

I remember one time when I followed her to the bar that he hadn’t turned around. He finished his drink then firmly told her to go home. He wasn’t done. She went home and locked every door and window. He slept in the back yard all that next week. I don’t recall how he got her to let him sleep in the living room where he stayed until he was allowed back into the bedroom.

I hated it – the way he looked at her like he’d never seen her before and how she stared right back as though she were looking through him.

“Please… forgive him just this one time. Give him a chance,” I pressed her gently.

“You mind your own business,” she’d tell me. Then she’d add, “Be sure you don’t get a girl in a bad way.” And if I ended up treating my future wife the way she had been treated she promised me that she would help that woman, if she had any sense, pack up her things and move out as quickly as she moved in.

Whenever my dad heard me pleading with her to give him another chance, he shook his head. “Son, don’t beg a woman for anything. She won’t respect you for that.”

I didn’t want anyone’s respect. I just wanted us all to sit down together at the dinner table at night and talk about our like other families did.

That happened long ago, though, and standing here at Jake’s Place, finally able to legally enter the bar and order myself a drink, I can’t. The building’s been condemned.  Peering up through windows, I can see that wood rot has eaten away some of the walls. Splintered, the paint has been baked to brittle underneath the long day glare of this south desert sun. Looks like the plumbing pipes have broken. There are foul water stains everywhere. As I run my hand over the rugged exterior, I realize I’ll never know what it would be like to come into the bar not looking for my dad.

Jake’s Place is just a shell now, gutted of its insides men like Dad spent hours at a time drinking away their lives. This was where he wanted to be.

Angry at my mother because she decided the summer I turned 15 to divorce him “and his ways” and move us in with her folks across town, he left the house. He hadn’t wanted to see us packing up our things.  On his way out, he stopped by my room and asked me why I was just sitting there staring out the window instead of filling up the empty boxes at my feet.

I shrugged my shoulders and looked away.

“Well do as your mother says. You know how she gets when she thinks someone isn’t listening.” His voice dropped.

My throat tightened and I nodded to say I knew what would happen. “It’s happening now,” I whispered as my dad cleared his throat.

“Oh, one last thing. Don’t come and get me if she asks you to. I think it’s better I stay the rest of the day.” He tilted his head towards Jake’s Place. “I’ll be there while … uh, while the two of you are, uh, doing what you’re doing.”

With that he walked away. I never saw him again.

The bartender found him later that day face down, A heart attack had left him on the bathroom floor.

The wake was held there. My mother wore a veil over her face, so people wouldn’t see how swollen her eyes became from crying. I waited until afterwards to grieve. A few of the men told us they were sorry. One of them reached out to pat my back and offer me a sip of his beer. I took a swig and winced at its bitterness.

“Stay brave. Make your old man proud,” he urged. If I ever wanted to learn to play poker or pool, I was to just give him a holler. I nodded politely. It wasn’t him I wanted to do that with.

That night I slipped out of the house after Mother had gone to bed. I laid in the back yard for hours; my tears soaked the grass beneath me. The next morning, I made breakfast for both of us even though she wouldn’t come downstairs to eat.

I held my mother’s arm to keep her steady as we left the cemetery and kept hold of it in one way or another until she died from pneumonia the winter after I graduated from high school. After that, I high tailed it out of town. Got a job pouring concrete for the new shopping malls that were starting to pop up everywhere. I kept to myself and focused my sights on work.

When I got assigned to help build a small commercial center nearby, I came back to find the City tore the house down when its porch caved in last year. Dad’s grave, nowhere near my mother’s, is overgrown with weeds.

Leaning for a moment against the bar’s weathered walls, I take a deep breath and silently recount the four steps I would take to get to his favorite seat near the pool table. Stroking the inside of my right hand with the left, I still want to reach out for the straight back of that chair but can only touch the jagged frame of a time and place that no longer exists. 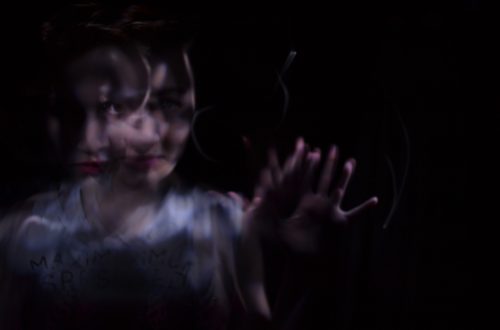 Who Is Left by K. Noel Moore