Jimmy Brandt loved the first fold. He knew from that seam if it was going to drift left or fly straight. And the first step, always, always, always, was right down the middle. Creasing the sheet of clean paper lengthwise. Carefully aligning the corners of the sheet before using his fingernail to run the length of the fold. Not his fingerprint like all the other third-graders, in a rush to finish their planes. Making uneven folds and smudging the paper with their dirty fingers. The other kids didn’t care about flawed lines and uneven folds that made their planes nothing more than vaguely streamlined crumples. Jimmy’s planes soared.

Jimmy made the second fold and glanced up from his desk in the back of Miss Marshall’s fifth grade class and curled the left corner of the paper downward so the edge that was once the top now aligned with the seam in the middle. At recess he would let it go from the top of the slide. As long as Miss Marshall didn’t catch him in the act of construction. He’d already been caught twice this week and Miss Marshall wasn’t having it anymore. Children were in school to learn, not play games.

The third fold mirrored the second. Bringing the top left corner to match its counterpart. His once rectangular piece of paper now with five sides and in the shape of a house. He pressed the fingernail of his index finger along the edges. Mr. Brandt? his geometry teacher’s voice disrupted the ritual, all of the other kids turned to stare at him in unison, some weird little seventh grader taking math classes with the ninth graders. Mr. Brandt, repeated the teacher, perhaps you can pause whatever you are doing for a moment and remind the class what the internal angles of a regular pentagon might be? Jimmy looked up, past the faces staring at him, some of the boys sprouting hair from pubescent upper lips. Hundred eight degrees, Jimmy answered then looked back at his airplane.

His sophomore year of high school, Jimmy’s mother died of cancer. It had been a mercifully quick battle. Battle. Ambush was more like it. Jimmy placed his finger at the tip of the house shape and pulled the point toward him making the fourth fold. Turning the five sided form back into a rectangle and aligning the point with original seam. It looked like an envelope now, one that might be used to send a message to someone. He would drop the paper airplane into her casket, a few special words carefully drawn across the wings. As a reminder.

Jimmy folded again. Bringing the new top right corner in at an angle to the seam in the middle, about an inch above the point. At his high school graduation ceremony later that morning it would fly almost the entire length of the auditorium. Everyone in the senior class knew it was coming, they just hadn’t known when. Jimmy let it go from the stage as the District Superintendent was beginning her remarks. A chuckle rippled through the audience as the plane emerged and quickly quelled as it sailed, no wobble, no drift, over the top of the parents and siblings and aunts and uncles that had driven in from out of town. All heads turning with the small folded piece of paper as it glided forward, taunting gravity. Until it couldn’t any longer. It landed in the third row from the back. The auditorium so quiet Jimmy could hear the rustle of the plane’s wings as it brushed into the purse on Gayle Richardson’s grandmother’s lap. The seniors on the stage erupted. The District Superintendent, much to her credit, simply said, Seems we have a future engineer in our ranks.

Jimmy Brandt lifted the point of the triangle back on itself, using the seventh fold to cover the corners of the fifth and the sixth fold. It created a new triangle that would eventually become the part of the plane he would hold as it launched. He took a sip of coffee and studied the shape on his computer screen. He compared it to the line of the fold he just finished. The symmetry pleased him. At lunchtime he and some of the other staff at JPL would head out back and toss their folded paper around. One of the new engineers named Christopher gave Jimmy a playfully hard time. I tell you what,Christopher said while delicately holding his own airplane between his thumb and forefinger, If my plane stays in the air longer than yours, you have to buy me dinner tonight. Jimmy tried not to grin, but couldn’t help himself, And if my plane stays in the air longer? Christopher arched one of his aerodynamically challenged eyebrows, Then I get to buy you dinner.

Jimmy’s hand shook as he turned the airplane over, folding the central seam backward against itself. The move transformed the paper. Toward what it was becoming and away from what it had been. Fold eight. This was always the point where he could really see how well the whole thing was coming together. Did the creases and folds align? Or were they off?  Christopher could see Jimmy’s hand shaking and took hold of it. As reassurance. Stop, Christopher said, you can finish when we know, then we can go throw it off the highest building we can find.  A door opened into the waiting room and a woman entered, she glanced curiously at the folded piece of paper on the table. Almost lost amongst the worn Parenting magazines. I have good news, she said, it looks like you two are going to be fathers. She smiled before adding, Twins.

The phone rang just as Jimmy completed fold nine, bringing the top edge down and forming the first wing. He assumed it was Christopher, another late night at JPL on the new project. He hoped it wasn’t going to impact the weekend, they were taking the twins to Disneyland for their twelfth birthday in a few days. He studied the crease on the wing and ran his fingernail along it, ensuring an even, straight line. He picked up the phone. Mr. Brandt? an unfamiliar voice said, This is Officer Braddock, Pasadena Police, there’s been an accident. The next two days Jimmy navigated the fog, blindly finding his way, crying while trying to be strong for the twins, stumbling through funeral arrangements. On the third day after Christopher’s death the phone rang again. This time announcing that Jimmy’s father had passed away. A heart attack while preparing to travel for Christopher’s funeral. Jimmy did not make another airplane for a long time.

The tenth fold required turning the nearly completed plane over and pulling the unfolded wing down to match the first wing. If everything had gone well to this point, the wings should match, or at least be extremely close. The twins would be in town for a few weeks with the grandkids to celebrate the big seven oh. Time for Grandpa Jimmy to teach them the art.

Jimmy Brandt stood on the bleachers in section 26 of The Rose Bowl, far up behind the end zone. The twins, their spouses and the five grandkids stood with him. As did almost a hundred other friends and colleagues. The head of JPL calling in a few favors to gain access to the storied venue. The eleventh fold involved simply bringing the wings back against themselves, relaxing the crease so that the wings would remain tight during the throw and then open up during the glide. Grandpa? the youngest of the grandchildren asked, her pigtails at random angles, Can I throw one? Jimmy crouched, his knees not as agreeable as they had once been, and opened the suitcase. It overflowed with folded planes. He smiled, I think we can arrange something. The youngest’s eyes bloomed, Grandpa? she asked, What’s the longest anybody’s ever thrown a paper airplane? He picked one of the planes out and handed it to her, Over two hundred and twenty feet, he answered, That’s clear out to that rose on the field there. She took his hand, How far is yours going to go?Jimmy stood and pinched the small triangle on the underside of his plane. He gazed down at her and then back out over the field, Let’s find out.

For the last thirty years Jay Bechtol has been a social worker helping children, adults and families navigate the world of mental illness, substance misuse and trauma. He has learned that everyone has a story, and more often than not, several stories. He can be found (currently or soon) in Deracine Magazine, 49 Writers, The Literary Hatchet, Toasted Cheese, Penumbric and on Twitter @BechtolJay. He can be found in person in Homer, Alaska. 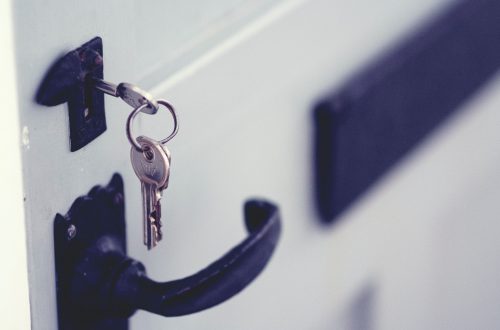 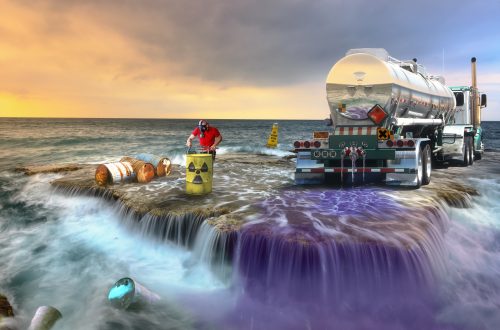 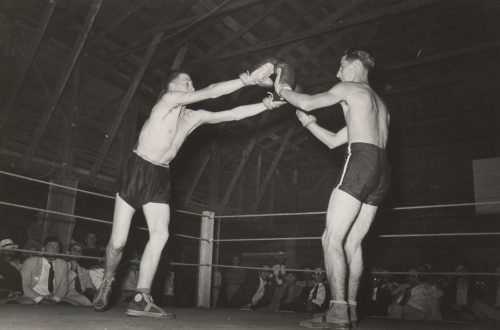