The green-spotted tyrant had been taxing travelers for three weeks when Sissy Jakobs finally said the “F” word. Before that, the townsfolk of Ecklinberg had simply acquiesced to the beast’s demands, thinking it a new breed of dragon. None had even considered that its beetle wings, long tusks, and odd coloration might have manifested from the spirit realm. Then Sissy complained about the rude “fairy,” and everybody suddenly prepared for war over illegal tolls and the inviolate rights of wayfarers.

Of course, in true Ecklinberg fashion, the locals’ concept of war involved litigating against their tormentor before the local magistrate.

“Your Honor, we must ignore the so-called highway warden’s protection and maintenance of the path,” boomed Ilana Hepner, town solicitor. “As a material denizen of the spirit realm, Nisterian law does not entitle this creature to rights of ownership or taxation!”

“Just a moment, Counselor Hepner,” interrupted the magistrate. “Let’s refrain from potentially inflammatory language like ‘creature’ in front of the defendant, eh?” He glanced to his right at the circle of glowing symbols that supposedly restrained the three-meter-long accused.

“Thank you, your Honor,” nodded the defendant’s tusked, draconian head. “And I would appreciate it if the court referred to me by name, Chrixander, or by my kind’s proper title, Corihynwal.”

“Of course, Chrixander, that is your right as a party in this litigation,” replied the magistrate. A troop of dwarven contractors had declared the circle of symbols proof against spirits of all kinds. Still, the Ecklinberg court had never needed to test its potency. Would the wards affect a fairy’s composite form?

“Your Honor, I object,” returned Hepner. “As a non-native to the material world, this creature possesses no rights that a normal citizen would receive. This speaks to the heart of the current complaint. And I submit that addressing this being by a proper name erodes the objectivity of these proceedings.”

“Now, Ilana, I think we need to consider the size of the esteemed Corihynwal in this—”

“Your Honor?” interjected the accused. “I believe I can address this argument directly.”

“Go ahead, Chrixander,” waved the magistrate.

“Ms. Hepner, while I admit the otherworldly origin of souls, I assure you that my form exists entirely within the material world.” A long, blue tongue snaked out to slowly caress the tusks and curving fangs. The magistrate’s eyes widened at the show of force and he coughed nervously.

Town solicitor Hepner, on the other hand, seemed less impressed.

“We understand that, fairy. But you ignore your body’s unnatural makeup.” Hepner slowly crossed the floor. “Like other manifestations from the spirit realm, you have cobbled together a hybrid shape, a fanciful mimic.” Approaching the magical circle, she stopped and glared at the accused. “Unless you can provide evidence of some natural origin on this plane, or proof that your form is consistent with some native beast, you are clearly not entitled to existence here!”

Unblinking insect eyes stared back at the solicitor, and the beast’s shell-like wings began to hum in agitation.

“Counselor Hepner, I believe you have badgered the defendant enough. Regardless of your claims, we are all equals in this court until evidence shows otherwise!” Behind the wards, the hulking creature gave a wicked grin. “Now, before I order Chrixander released and his legal rights respected during the trial, do you have concrete proof to back up your accusations?”

Hepner felt a lump rise in her throat, and she started to respond in the negative.

From the back of the room, two strangers now approached the magistrate’s throne. The first newcomer bore the cowled uniform of a Nisterian court wizard. The other, though, had flopping paws on all six limbs, seven horns in random locations on its head and torso, three cat eyes arranged in a triangle on its face, and a telescoping maw reminiscent of a tulip flower. From this last appendage, the voice continued.

“I can prove Chrixander’s a fairy and doesn’t belong in this realm,” warbled the new beast. “I’m his wife!”

André N. Lepine writes flash fiction, light verse, and poetry while dreaming of longer works. He also serves as editor and chief pachyderm of ElephantsNever.com. All thanks to the tolerance and love of his wife and children. Follow him on Twitter @andre_n_lepine.

Wendy Lou Lou Schmidt has been writing short stories, essays and poetry for the last twelve years.  She is also a mixed media artist. Written pieces have been published in Chicago Literati, City Lake Poets, Literary Hatchet, Moon Magazine and Rebelle Society to name a few. Art pieces have been published in Rat’s Ass Review, Three Drops From A Cauldron, The Horror Zine, Young Ravens Review and Still Point Gallery. 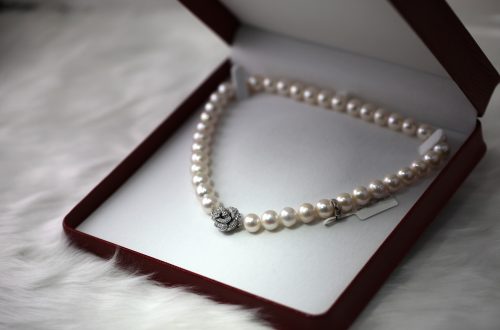