A hush fell upon the excited crowd
of awed faces lit by gaudy glow sticks, and
battery powered lamps clutched in sweaty hands.
6 o’clock, the allotted time. The fireworks’
operator flashed a glance at a thin woman
in a black plastic headset biting her lip.
Beside the tall glass portal a mother
and three young children trembled with excitement,
their eager faces framed with flame red hair.

Faded paper streamers lay strewn
over the paving stones of the Southbank
from a fortnight before when Neville Thomas
became the first person to attempt time travel,
stepping boldly in a silver raincoat
through the almost invisible arch, smiling
with a glint in his emerald eyes, red hair
gleaming in the morning light … suddenly gone.
A nation gasped and held its breath.

6.15, still no flash of light and mischievous grin.
The crowd began to murmur and shift about.
8 ‘clock, the mood was palpably dropping, people
checked their watches, shook their soggy heads.
It had begun to rain. By 10 o’clock the crowd was starting
to disperse, the fireworks man gone home.
A few persistent stragglers pitched their tents.
At midnight, men in black suits gathered up Neville’s
bedraggled family and escorted them away.

Days and weeks then months went by,
the papers began to argue over what went wrong.
Had Neville too far into the future,
entire earth ablaze, engulfed
by the searing red giant of our sun? Had he been flung
beyond into the chaos of a collapsing solar system?
Was he floating somewhere alone at the end of it all?
Had he been thrown back in time to a land
of ancient monsters and met a sticky end?

Some said it had been too dangerous:
time was not linear but a labyrinth that
could not be navigated without a map.
He was out there somewhere desperately
still trying to get back. Others thought
he had somehow slipped between a crack
the way small change slides down the back of a sofa.
That there exists corridors between now and then
which he roams forever only able to look in.

He might travel anywhere in time and
but never touch just stand and stare. In this limbo,
timeless place, he dangles like a
in amber. The odd-sock
such corridors, they said, was dangerous.
Serious fans began to hunt for Neville
in old photographs, insisting they had found
his face gazing through antique mirrors and windows
and once from a piece of toast.

At the claims were mocked as false,
then as more evidence came to light
scientists conceded that it was him.
In each photo he never aged, his wiry frame
still wrapped in the silver raincoat.
Strange expressions on his freckled face.
A monument was built, memorials held,
a set of silver stamps released, pop songs sung,
films made before he was forgotten.

Yet a few loyal fans stay true to him,
hold a constant vigil at his concrete feet,
lighting incense, singing songs, swearing
never to forget his sacrifice.
To them he is the eternal watcher,
sealed inside the walls of time,
a beneficent deity witnessing everything,
a caretaker behind the scenes.
Praise be to Neville they incant in times of need.

To his plight speaks of a deeper truth.
How many of us have slipped out of time,
become frozen in our lives through
illness or circumstance,
disappeared or been forgotten,
fallen from the timeline we were on
in the midst of some epic adventure
and can’t get back? How many of us
gaze in on life from that far off place?

Lucy Whitehead has a BA (Hons) in Archaeology and Anthropology and an MA in History of Art and Archaeology (of Central and Southeast Asia). She writes haiku and poetry. Her haiku have been published widely in various international journals and anthologies, and her poetry has appeared in Barren Magazine, Burning House Press, and Mookychick. You can find her on Twitter @blueirispoetry. His Face When It Will Flicker by Kristin Garth 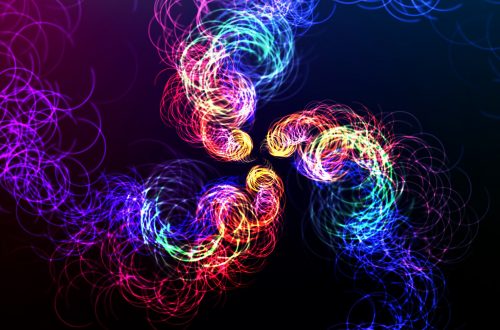