Zee’s silver ankle bells jingled with every step, light and lively after her prison chains. She kicked out her toes, talons retracted, careful not to shred her snowy bridal robe. Her merry tune played off-beat to the guards’ slow, booted march.

Two dozen Stellian commandoes surrounded her, their gold ceremonial armor bright against olive green scales and tensed muscles. Black saucer eyes focused dead ahead; not watching her, not like they did in the first days. White knuckles gripped antique spears, relics from a bygone age still sharp enough to kill.

Zee flicked out her forked tongue. Beyond the stale, male stench of the Stellians, a new note, floral and salty.

Peace at any cost.

Trumpets rang out, echoing up the concrete walls to a vaulted steel ceiling. A rainbow of galactic flags fluttered from the rafters. Silver stars on midnight blue to represent the Inner Sphere council; the red, white, and blue starburst of the human-dominated Albion system; the Stellian’s golden orb on a green field; and finally, the white on white starburst of the Exspiran Clan Royale.

Zee’s heartbeat pulsed in her throat, certain that of all the beings that called this galaxy home, only she and her three-eyed clan sisters could appreciate the full glory of the supernova design. Ancient songs celebrated the time when their ancestors stalked the jungles of their home world, altering their white scales at will to blend with the landscape. The Stellians called them Ghost Hunters, worshipped them as queens and conquerors.

The age-old custom of symbolic marriage between the species had all but died out. Where once Exspiran brides had served as peacekeepers, translators, and ambassadors, now almost all were imprisoned, or dead. The Stellians hatred of her kind was eclipsed only by their malevolence toward humanity. Homo sapiens had paid a heavy price for daring to settle in Stellian territory. But the war was almost over.

She tilted her head. Beyond the broad backs and swaying tails of the guards, two-dozen human heartbeats quickened at her approach. Born to blend, her heart synchronized to their nervous beat. Predator and prey in perfect harmony.

Her nostrils flared, distinguishing the males from the females. Poor, blind, trusting fools; offering their Imperial Prince on a platter. Who’d have thought that Zee, youngest of the Clan Royale prisoners, would be swathed in white silk and wedding bells to send him to his death?

Not she, that’s for sure.

Would the Stellians hold true to their vow to execute her entire bloodline if she failed to slaughter the Prince on his wedding night? What if she killed the Prince, but let slip the rest of his immediate family?

Zee swallowed hard. No, her orders had been clear. Death to the clan who gave their people a sense of tradition and comfort.

Starting with the Prince.

No mercy could she show to this stranger who would welcome an alien into his home to repair a fractured peace. Mercy was a gift only the strong could give.

She gasped as her white scales shimmered into a kaleidoscope pattern of conflicting emotions – red fury, blue fear, purple shame before she cooled them to a static white. The guards halted, stone statues blocking her starlight, dead eyes glaring. She cringed, expecting their fists to smash into her face, her throat, her stomach. But the guards backed away, bowing to her as once their ancestors had to all Exspiran brides.

Less than twenty yards ahead, the human aristocrats and ambassadors stood slack-jawed at her colorful halt. The Stellian generals towering over them scowled at her display.

Her chest clenched tighter than the drumskin they’d threatened to make from her hide should she fail in her mission. Would the generals suggest to their hosts that her vivid entrance was a quaint Exspiran bridal custom? The explanation had worked when she ate the bouquet of white roses presented to her at the spaceport. Flowers had not once featured in her training simulations. Walk, stand, nod, smile, speak one of the thousand human phrases most likely to smooth wedding day communications. Fake a blush and unleash tears if she must. But floral offerings?

Stellian General Ka’amil, the eight-foot slab of malice her guards feared more than death, bore his armor as if it weighed no more than a prisoner’s shirt. Silver lacquer adorned his bone-spike mohawk. His thin lips were parted, yellow incisors bared in his best approximation of a human grin.

But his throat flushed blood-red.

Ka’amil’s voice thundered across the antechamber. “Your royal highnesses, may I present Princess Zean’arche in all her glory. Let us greet her with our palms turned forward to show we carry no weapons.”

He strode toward her, eyes darker than the space between worlds. The assembly followed on his heels. Many of the humans grinned widely, apparently delighted to learn a new custom of the reclusive Clan Royale.

Princess Zean’arche—prisoner Z-984—drew herself tall and stepped into the role. Tonight, she would be the perfect consort. She would dance and laugh, delighted to share her enthusiasm for the new peace accord, right up until the moment she became the monster at the ball. With preternatural speed, razor-sharp talons and the strength to break through almost any wall, only the Stellians could truly contain her once she began her hunt. A chameleon killing machine, dressed in the finest silks, dancing in the blood of her enemies.

Nausea washed through her as Ka’amil bellowed, “His Royal Highness, Prince Alexander.”

A lanky, slim-shouldered human in a tailored black suit strode forward. Aside from a discreet gold coronet, there was little to distinguish him from the other males. His sky-blue eyes and pale skin matched her own current color choices perfectly. Cropped dark hair tinged with gray framed a face that bore the lines of a thousand worries both great and small. Despite this, he smiled with genuine warmth; his eyes lit with . . .

Her heart fluttered, responding to kindness she’d never seen in another’s face. Without the benefit of scales and kaleidoscopic colors, his eyes shone with tenderness.

She swallowed hard. Was this the ‘humanity’ the Stellians feared? An empathy that could transcend species, place, and time? Could he be the man to build a bridge between the stars?

Never once taking his eyes from hers, he dropped into an elegant bow.

Heart in her mouth, she curtsied to him. Her white robe pooled like a waterfall around her retracted toe-talons, her bells silent at last.

The Prince’s smile widened. He stepped closer and held out his hand to help her rise. The touch of his soft skin was electric, sending waves of warmth pulsing through her veins. She closed her eyes and sensed his fears, his hopes, his desire to be the man his people needed. She saw the home he’d left behind on a world far away, filled with the laughter of a loving wife who’d died too young; the hole left in his heart by their unborn children. She felt his grief at the loss of his brothers to combat, his sister to a starship explosion. Songs of joy and sorrow, moments of magic, trenches of deep despair, and through it all, his striving to be the best man he could be. Despite his limitations, and sometimes, because of them.

Only a monster would tear out the heart of such a man.

But then again, only a monster would risk the lives of her sisters, who lived in chains but might someday be free.

Reflected in his eyes, the demon bride smiled shyly.

Who was she to become this day?

Or something else entirely.

His voice was soft and low, “I’m delighted to meet you.”

He nodded. “I believe they’re waiting for us. Shall we?”

Once more, he reached out to her. She took his hand as orchestral music swelled and the arched doors to the main chapel swung open. Inside, hundreds of human and Stellian dignitaries flanked a red-carpeted aisle.

She walked beside him, an equal partner in both sex and species from their very first step.

Perhaps as they stood at the altar, she could whisper into the Prince’s ear the Stellians’ deceit. She could show him her special gifts, lay his enemies low, protect those he loved in the hope that her sacrifice would truly bond their species.

Or perhaps she would be the good little slave and play her part as ordered.

Elizabeth Chatsworth is a British author and actor based in Connecticut. She writes of rogues, rebels, and renegades across time and space. From Victorian sensibilities to interstellar travel, her fiction takes you on an adventure like no other!

Elizabeth is the author of THE BRASS QUEEN (June 2020), an award-winning fantasy set in an alternate Victorian age. To be the first to receive exclusive news, sneak previews, and fabulous giveaways, please visit www.elizabethchatsworth.com. 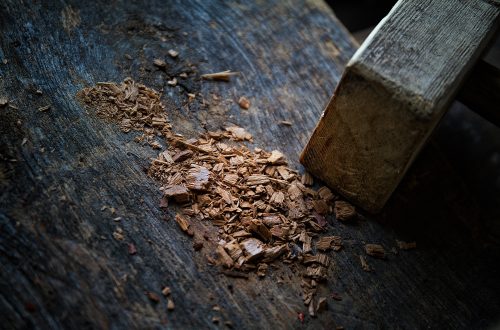 The Cobbler by Jay Bechtol