Once, in a land far from here, a Birdkeeper toiled quietly in his aviary high in the hills overlooking a thriving city nestled in the valley below. From his home among the pine and fir trees, he could see roads and footpaths leading to the square, the shops and schools, the cemetery, even the castle from where he supposed some king still ruled. He could not be certain, as the Birdkeeper had not descended from his post for many generations.

The Birdkeeper lived alone, had no family and met few visitors – the need for birds had diminished over the years. People raised their own chickens, hunted their own quail, and peacock feathers had fallen out of fashion long ago.

At first, the Birdkeeper was lonely. Then, for a time, he convinced himself the birds were all the company he required. But the years rolled by and the city swelled, his back stooped, his beard whitened, and the Birdkeeper grew bitter.

One day in early spring, as the orange finches started to hatch, a young Physician ascended to the aviary, his clothes stained with patches of red. The Birdkeeper found him pacing frantically among the swallows, clearly exhausted.

“They’re all dead,” he said. “The whole city. The poor fools believed it was a witch, an evil curse. No, I told them, it was plague. No one took precautions. I told them to wash, to stay at home. But no one listened. First blood seeped from behind their eyes, then the fever took them within the week.”

The Birdkeeper peered down at the silent city below. No church bells, no children laughing at play. No scent of warm bread rose from the city’s bakeries.

“Did you say ‘all’?” the Birdkeeper asked.

“All,” the Physician sobbed. “Please, you must come with me.” He explained that they needed to travel to the neighboring villages, warn them of the spreading disease: if proper measures were taken, it was possible to avoid disaster. With the Birdkeeper’s help, everyone might be saved.

“I did not care for the city,” grumbled the Birdkeeper. “What do I care for the villages?” The Physician, aghast at such coldness, left without saying farewell.

To his surprise, in the heat of midsummer, a Graverobber appeared in the doorway of the aviary, reeking of soil and death.

“Bird Man, it’s a paradise. Never worked in daylight before, much easier. And bodies so rotten, like picking cherries off a tree.” The Graverobber showed his hands, blackened with earth, waggling fingers crammed with rings of every metal, fat gems of every color. “Join me,” he said smiling with small yellow teeth. He spoke of wearing the finest clothing, eating from the most abundant larders, even drinking the rarest wines from the skulls of the royal family. With two of them to carry the city’s treasure, they could travel to any land and live as noblemen. They could have servants, wives-

“I never had any need of such things before,” the Birdkeeper interrupted. “And you stink.”

The Graverobber raged, insisting the gold alone was too heavy to haul by himself over even the smallest hills.

“Do as I have done,” the Birdkeeper advised. “Make do.” The Graverobber swore loudly and left, swatting at the parakeets.

When the swans began to molt and fatten the following autumn, the Birdkeeper wore his heavier robes to protect him from the chill. During a storm, he frowned at the aviary’s broken windowpanes; he should have had them replaced before the city’s glaziers were dead and buried, but it was never the right time.

While feeding the macaws, the Birdkeeper found a wounded Knight slumped in the rain against the aviary’s archway, a rusted sword held loose in his gauntleted hand.

“I’ve returned from the wars,” the Knight said. “My brothers and I trained and fought for our king. I escaped capture in faraway lands and made the long journey home on foot. But everyone is gone, and I cannot take another step.” Seeing the Birdkeeper was unmoved, the Knight said, “You must help me.” He implored the Birdkeeper to abandon his post in the hills, to help him walk, to find some new king to serve. “After all,” he concluded, “there is no honor in living only for oneself.” The Birdkeeper folded his arms and asked how well the Knight’s dead brothers were enjoying their honor now.

At this, the Knight tried to lift his sword, but was too weak, too miserable. He stumbled down the hill, hanging his weary head.

One winter evening, the Birdkeeper sat staring into his small fire, a falcon on his shoulder. There will surely be no others, he thought. But the bird startled, turned its head. The Birdkeeper looked and saw a small child had snuck into the aviary. Seeing that the creature, a girl, was wasting away, he hurried to prepare a meal from his meager stores. The child ate without speaking. There was no need to ask about her family. She finished eating, then wandered wordlessly among the nests and perches, smiling and pointing.

“That’s a dodo,” the Birdkeeper said, then added, “It doesn’t fly.” The lessons lasted into the night. “Jays must be kept away from jackdaws. Ravens eat worms, never seeds. Vultures won’t eat if they see you watching. If the pelican seems angry, it’s because he’s choking. Gently stroke his neck until…” But the child, cuddled beside an emu, had fallen asleep.

Tomorrow, the Birdkeeper thought, I’ll let her ride the ostrich.

With a nod from the Birdkeeper, all his darlings, led by the robins and nightingales, filled the lifeless valley with golden birdsong, while he and the owls watched the girl sleep until the sun rose over the snowy hills, which, to his eyes, appeared more red than in days past.

D. Brody Lipton has had stories appear in CommuterLit, Literary Mama, Alternative Truths, and Aftermath Magazine. He lives in Houston, TX with his spouse and two children.

Wendy Lou Lou Schmidt has been writing short stories, essays and poetry for the last twelve years.  She is also a mixed media artist. Written pieces have been published in Chicago Literati, City Lake Poets, Literary Hatchet, Moon Magazine and Rebelle Society to name a few. Art pieces have been published in Rat’s Ass Review, Three Drops From A Cauldron, The Horror Zine, Young Ravens Review and Still Point Gallery. 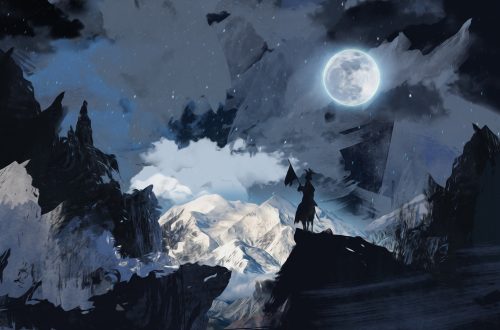 On the Glass Mountain by Neil Willcox 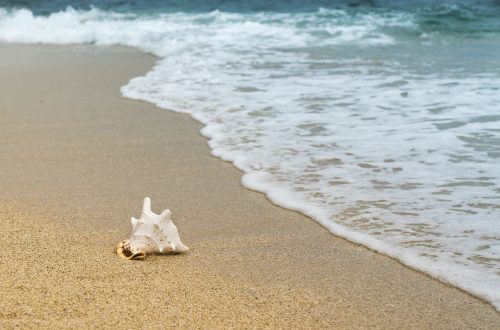 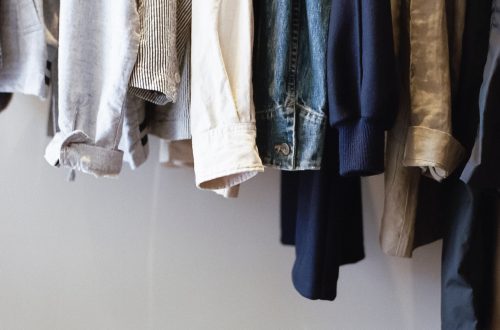