Tyn wakes to fireflies playing in the soft areas between the bones making up his spine. To his wife, Abigail, tracing swollen pathways of whippings that echo an anger he keeps holed up in the dark parts of his mind. The part can’t nobody reach but him.

Instead, Tyn sets his mind to capturing the sounds of the woods surrounding him while resting his head on his wife’s lap. How Abigail’s hums stay in tune with the flickering’s of fireflies. Sweet ants pulling leaves to their queen, gossiping about fallen watermelon seeds and drops of lemonade they could happily drown in.

To his baby girl, popping her lips as she crawls after them, finding her way to him. She smells of sun and the milk soaking through Abigail’s good dress, tender blue like the sky just before the sun decides it’s time to get . Tyn keeps this to himself; Abigail hates any kind of compliment she feels is an attempt to embarrass her.

His baby girl sets her hands all over his face, giggling and dropping quick kisses. The fireflies swarm, lights trembling in uneasy streaks that cause Tyn to lift his head from Abigail’s lap. Cause Abigail to move in close to him until her black curls tickle his neck. She smooths the wrinkles from the bottom of her dress.

Tyn passes their baby girl, who is in the middle of a cross-eyed staring contest with a firefly perched on her nose, to Abigail. Slow, to avoid disturbing their game. Abigail cradles their baby in the crook of her arm, blows a gentle breeze that sends the challenging firefly into the air and all Tyn wants to do is tell her she’s beautiful.

But the words tangle together, forming a sound that sends the fireflies on their backs in giggle fits.

Abigail moves in closer. Baby girl pats his leg. It’s enough to make him feel comfort and shame all at once.

The fireflies dim their lights, rise, and tuck their wings in real close to their bodies. Tyn knows what’s to come. Same that happened to his Daddy and Grandmama before him. His baby girl, already understanding the whisperings of insects, will hear one the loudest. Not a whisper, but a voice that will stay with her until she no longer remembers a natural kind of silence.

Whose voice will carry her true name.

Master Laide left the naming to his wife after they discovered he owned twelve “Old Jim’s” of different ages, and twenty “Blu’s” all named after his favorite hunting dog. Never sat well with Tyn, who was one of the Blu’s in the daylight, until Master Laide spent enough time with him to keep Tyn’s face in his mind. Master Laide always talked about time with Tyn until the two just blended together in a crooked sort of way. Tyn was either the first or last slave Master Laide gave a name to, how Tyn chose to remember it.

When the Missus set her eyes on Tyn’s baby girl, the name “Barbaidy” fell out of her mouth. Abigail held the baby closer to her chest, trying to keep the name from leaving a stain on her skin. Tyn wondered what a “Barbaidy” was since his tongue couldn’t learn how to form it right, which meant it wasn’t intended for his mind to carry.

Fireflies take to dancing and playing rather than making hard, long-lasting decisions. When they got a taste of “Tyn” slipping past his father’s lips, they scattered over the Master’s tobacco crops, getting drunk off starlight and moonshine. Same way Tyn got when marrying Abigail. He hopes his baby girl gets an insect that will carry her joy, spread it when she can’t in the form of small flickerings.

Hopes until he can’t, a Praying Mantis settling itself on the surface of his baby’s stomach.

Abigail swats at the mantis until it props itself up. Tyn hears the mantis whisper “stop,” carrying the voice of his grandmother when she sang, trying to trick the shade into reaching her in the fields.

“But Tyn,” Abigail’s eyes swell so big Tyn swears he could fall right in and never seek the surface.

The fireflies light but keep to themselves. They know not to interfere but voice what’s itching at Tyn. A mantis has wild eyes, always searching while waiting, two things not meant for the life his baby girl’s been forced into. She needs to be one of many, like the sweet ant, saying things that don’t matter outside her and her own. Slipping into her joy, like the fireflies, like him, in the night with others that will understand.

He hears Abigail ask no one for a second try, which he wants too, but the mantis doesn’t move. Baby girl’s eyes start swallowing everything but keeping nothing. Fingers curling, claiming what’s in reach. Her mama’s hair. Tyn’s fingers. Her face, nose, toes, and a few fireflies. She grabs and keeps, making the dark parts of Tyn stir.

The mantis raises her claw, turns her wild eyes on Tyn.

His baby girl smiles, hands searching for him until she is in his arms. Abigail kisses their baby girl’s forehead, Tyn’s cheek, and he feels all her worry seep into him.

The mantis rests on his shoulder.

But Tyn is caught up in the memories of his father on the third day, body leaning on an oak post, swollen pathways of whippings tangling over his spine. Of the spider clinging to his neck before falling, curling in the dirt when his father took his last breath. The darkness pulls at his thoughts, covering the whisperings of the fireflies trying to find the joy left in him.

All that reaches him is a name,

and all the fight his baby girl will have to give just to find her bit of joy in the dark parts of her mind.

K.B. enjoys the company of the Praying Mantis who sits on the other side of the kitchen window every summer. Since this Praying Mantis, K.B. likes to pretend it’s the same one, comes by once a year, K.B. might as well include Mantis in her stories. Her flash fiction has appeared in FlashBack Fiction, , Lost Balloon,  and elsewhere. She can be found online at http://kbcarle.wordpress.com/ or on Twitter @kbcarle. 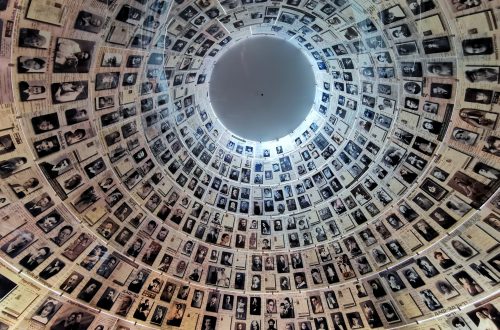 A Reminder of What Went Before by Judith Kingston 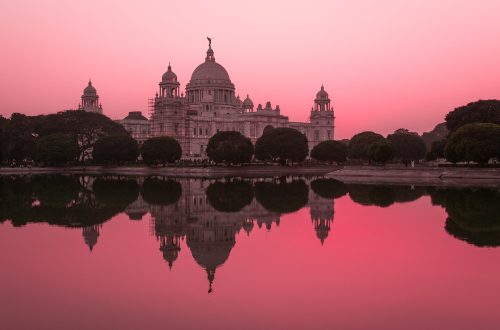 A Peculiar Count in Time, Part 1 by M.K. Beutymhill 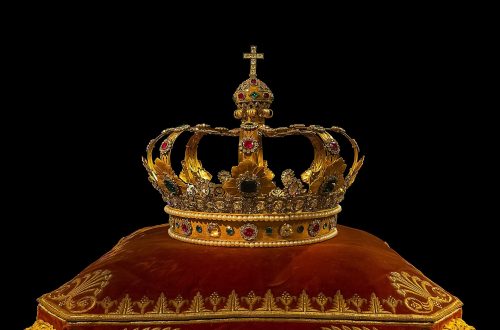